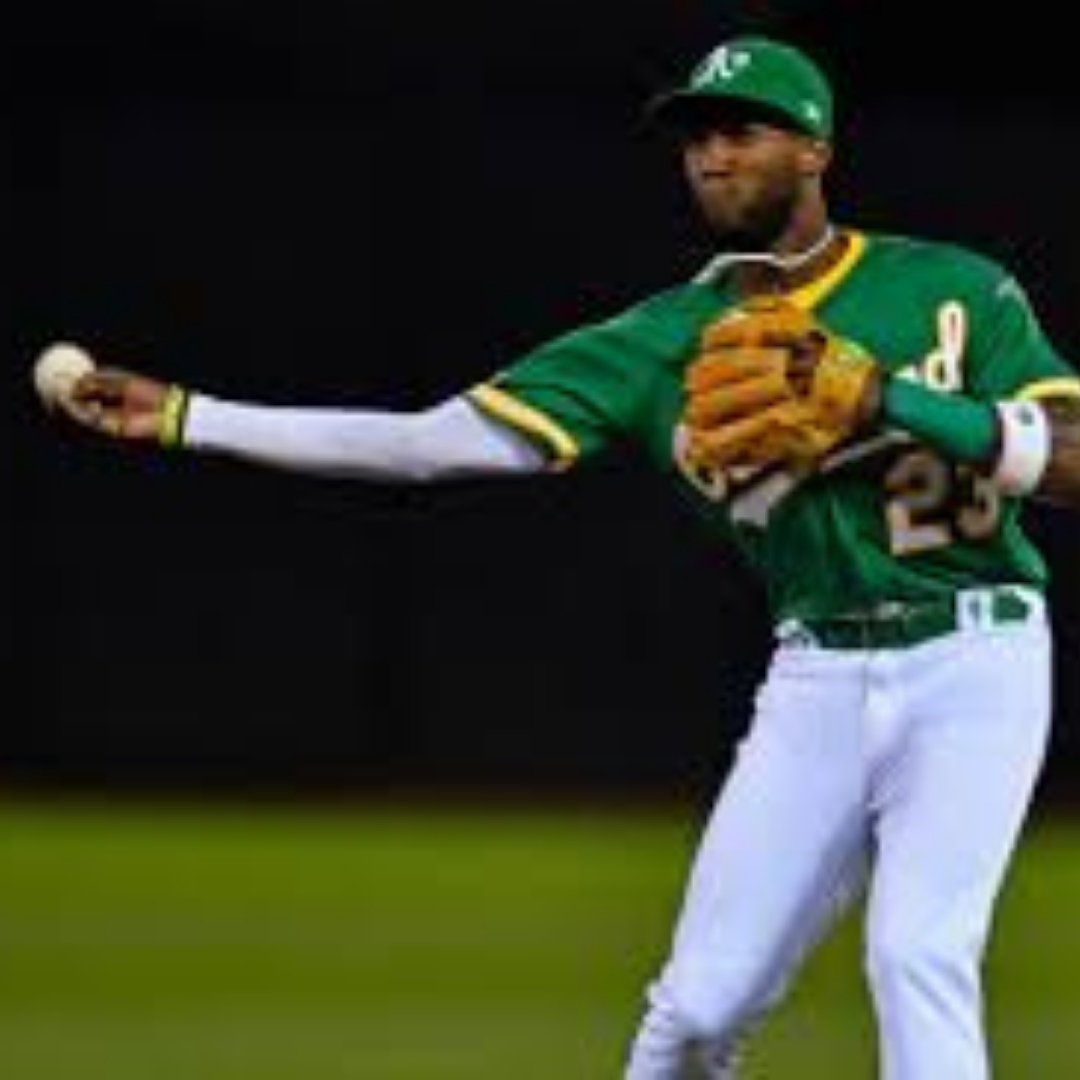 One of the most hyped prospects in recent memory, Jurickson Profar was supposed to be a sure thing. Now, many have relegated him to irrelevance, but should we keep our eye on him? Before we get into any statistics I’d like to review his time at the major league level:

2013: He plays in 88 games during this season, batting .234 with 6 homers and 26 RBIs. Not the greatest numbers, but not bad at only 20 years old. He shows enough improvement that the Rangers feel comfortable getting rid of Ian Kinsler with the goal of replacing him with Profar.

2017: He struggles with playing time, possibly feeling the pressure of being a bust. He logs only 58 abs across 22 games and does almost nothing with them.

2020: He signs with the Padres and will have a path to playing time, but how will he do? Let’s see if we can answer that!

We’re going to look at some stats dating from 2017 to 2019. I didn’t want to only include his two best years, but I didn’t want to stretch the timeline too far back. Therefore, I’ve included 2017 statistics to both display his growth in certain areas and ensure the data set is unbiased. Let’s start with plate discipline and contact skills. Here is a chart showing his O-Swing% (this is the percentage of time he swings at pitches outside the strike zone compared to total pitches outside the zone) versus his Z-Swing% (percentage of swings at strikes compared to total strikes thrown), along with his overall Contact%: 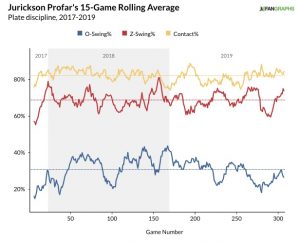 It appears his plate discipline is about average, but remember this is with his horrendous numbers from 2017 that I’ve included; he would be well above average in all three metrics if we were looking at only 2018 and 2019. He also isn’t terrible at any one thing, so nothing appears to be holding him back from continuing his gradual improvement.

Next is a graph showing how hard he hits the ball: 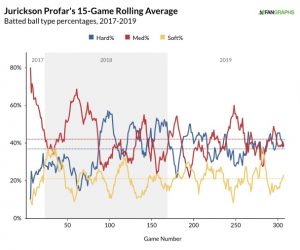 He once again appears pretty average, so where does he hit the ball? 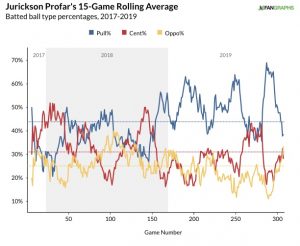 Again close to the averages with nothing sticking out too much. He pulls the ball a little more than the average hitter, but it doesn’t look like he’s unable to go the other way or hit it up the middle. But can he hit it in the air? 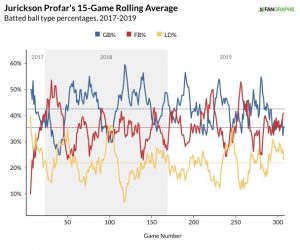 Throughout all the huge expectations, injuries, battles for playing time, and moves, these averages begin to look better. Will he continue his growth now that he is healthy and is guaranteed playing time, or is he already what he’s going to be forever? I say we’re in for a breakout, and it could come quickly. Let us know what you think!