On Kyle Gibson’s Path to Success 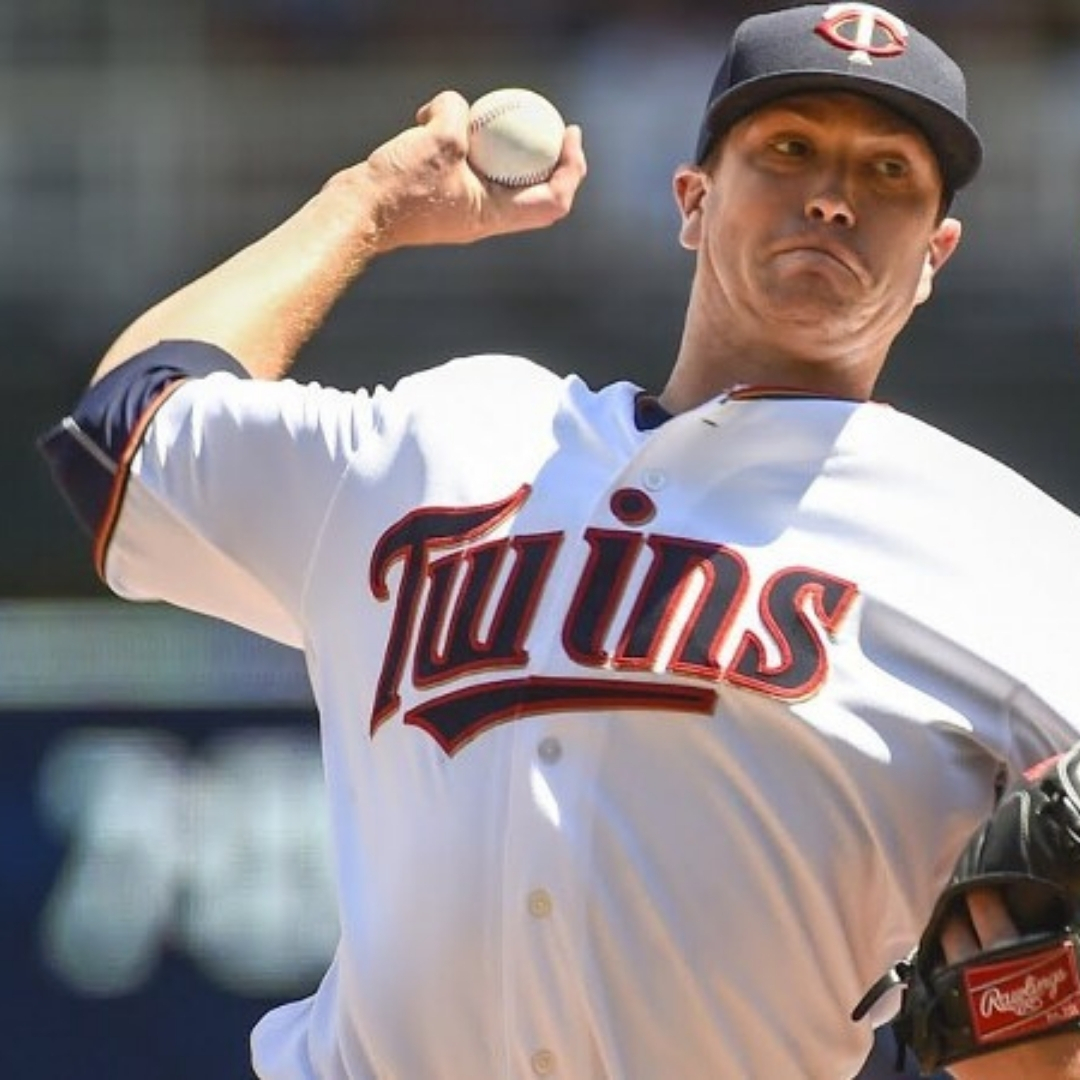 It is easy to cheer for Kyle Gibson; I also graduated from Mizzou, which makes it even easier. But chasing these types of biases are a major reason many people don’t reach their potential in fantasy. And Gibson, while likable and full of potential, has produced varied and relatively disappointing results. Still, he had a great year in 2018 and his 2019 was a step back but still better than his 5.00+ ERAs in 2016-2017. He also had an FIP under 4.00 in 2014 and 2015. Additionally, although he has never logged 200 innings in a season, aside from his debut year he has never pitched fewer than 147.1. He is durable, which is a good starting place to justify his value in fantasy, and he has a performance history that proves he is at least capable of sustained success. Here is evidence for that:

And league averages for these three stats over the same span:

This comparison is far more telling than it appears. In 2014 and 2015 Gibson’s FIP and xFIP compare favorably with league averages, especially for a young player across his first two years of exposure. Then he regresses in 2016 and 2017, but so does the entire league! This speaks volumes, says that it may have been nothing he was doing wrong. Though you do not want to see regression like this, it was part of a larger trend. A trend that continued into 2018 and 2019, but Gibson’s recent numbers have actually improved drastically against both this trend and compared to his down years in ‘16 and ‘17.

Furthermore, he carries a very healthy O-swing%, which we will delve into later. Even in down years this stat is above average for him. Let’s examine why this might be and how he might better utilize this skill. Here we have a breakdown of Gibson’s pitches by zone during the 2019 season: 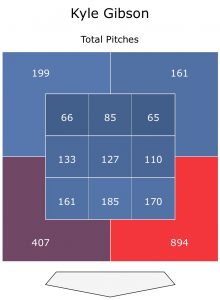 He definitely favors low. Counting low pitches inside the zone, 65.76% of his pitches last year were low. And he especially pounds low and away to right-handed hitters; these pitches accounted for 49.19% of his entire season’s total. To be so weighted into one quadrant of the zone raises questions. Here are his splits last year:

He did not enjoy facing left-handers. But it seems strange that the split is so drastic. He actually allowed one fewer home run to left-handers, seven more hits (with four extra batters faced), walked two extra batters, and struck out 18 fewer, but coughed up 12 more runs to lefties than righties.

Could the bloated ERA simply be unlucky, misleading us to believe he cannot manage lefties when he, in fact, can?

Continuing, let’s examine the effectiveness of his pitches by zone. Here are opponents’ swing % by zone against Gibson for 2019: 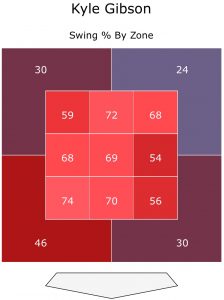 For starters, in the quadrant that he loves, he had a 61.1% Z-Swing%; league average Z-Swing% last year was 68.9%. That’s phenomenal. Here is a comparison to some of last year’s best pitchers to illustrate just how much Gibson fooled batters with this area of the zone:

And possibly an even more significant inference from the previous graph involves his 46% O-Swing% low and inside to righties. League average was 29%. That is straight dominant. Also, this against his 30% O-Swing% in his favored area would seem to hit on a possible reason for his drastic splits, but again, he only allowed two extra walks in approximately the same IP to lefties, so I don’t believe it is an issue simply of lefties laying off inside pitches. If this was the case, we should see more walks.

Before continuing, here is a chart with the league average Swing% stats I have quoted with Contact% being the third column:

Even compared to the best of the best, these are extremely encouraging numbers. Against the averages they are elite. Not only that, but even when he goes up in the zone, he is almost always at least above average if not still good. He really only appears to struggle fooling batters when he goes up and away to righties, but he threw fewer than 300 pitches in that area all season.

So he is good at making batters swing at bad pitches and fooling them with good ones, at least when he hits his spots. What happens after they swing? Here’s a look at his zone-by-zone Whiff% for 2019: 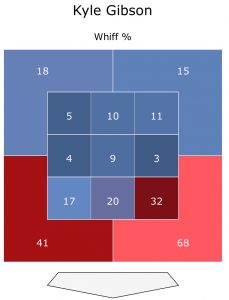 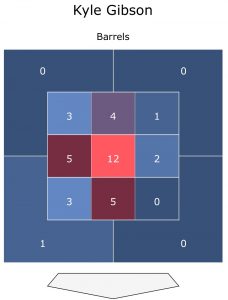 Gibson threw 2,763 pitches last year and allowed only 36 barrels, good for a 1.3% barrel rate per pitch and a 7.5% rate per batted ball. The 7.5% is neither great nor terrible, but it is also his highest yearly rate in any season by more than half a percentage point, so it will likely regress back to his career mean. Seeing as 12 of his barrels were down the middle, it is also an easy issue to address by simply pitching to his strengths down in the zone.

Even at his worst he was almost average. Limiting barrels and launch angles while having elusive pitches is a recipe for a great pitcher, and he does all of these things well.

So what is he not doing well—why is all of this not coalescing better? Here is his repertoire:

There are many details to be taken from this chart but I think it is very clear: his 4-seamer and sinker suck, while all his other pitches are excellent. These two pitches have low K- and Whiff-rates, high BB%s, and account for more than half of his homers allowed. Still, he threw these two pitches more than the other three combined. His sinker appears to be slightly superior to his 4-seamer, so I would very plainly suggest throwing it more often and throwing both pitches less. He needn’t ditch them, but he would benefit by throwing his other, better pitches more.

Here’s how each of those pitches looked: 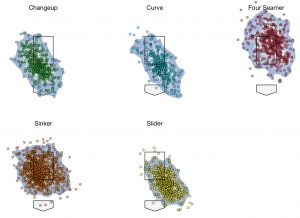 You can see it very clearly! He controls the curve, slider, and  change brilliantly, their distributions painting a defined diagonal swipe across the zone, dipping straight down into that area where we’ve already illustrated no one can hit. But both his sinker and 4-seamer look like giant, unfocused blobs. There appear to be significantly more outliers way outside with these pitches, too, indicating he has trouble controlling them. So why throw them so often when he has three other great pitches?

He should increase usage of his curve, change, and slider while limiting his 4-seamer and sinker. Not only will this increase the usage of his best pitches, it might help improve his fastballs when he does deploy them.