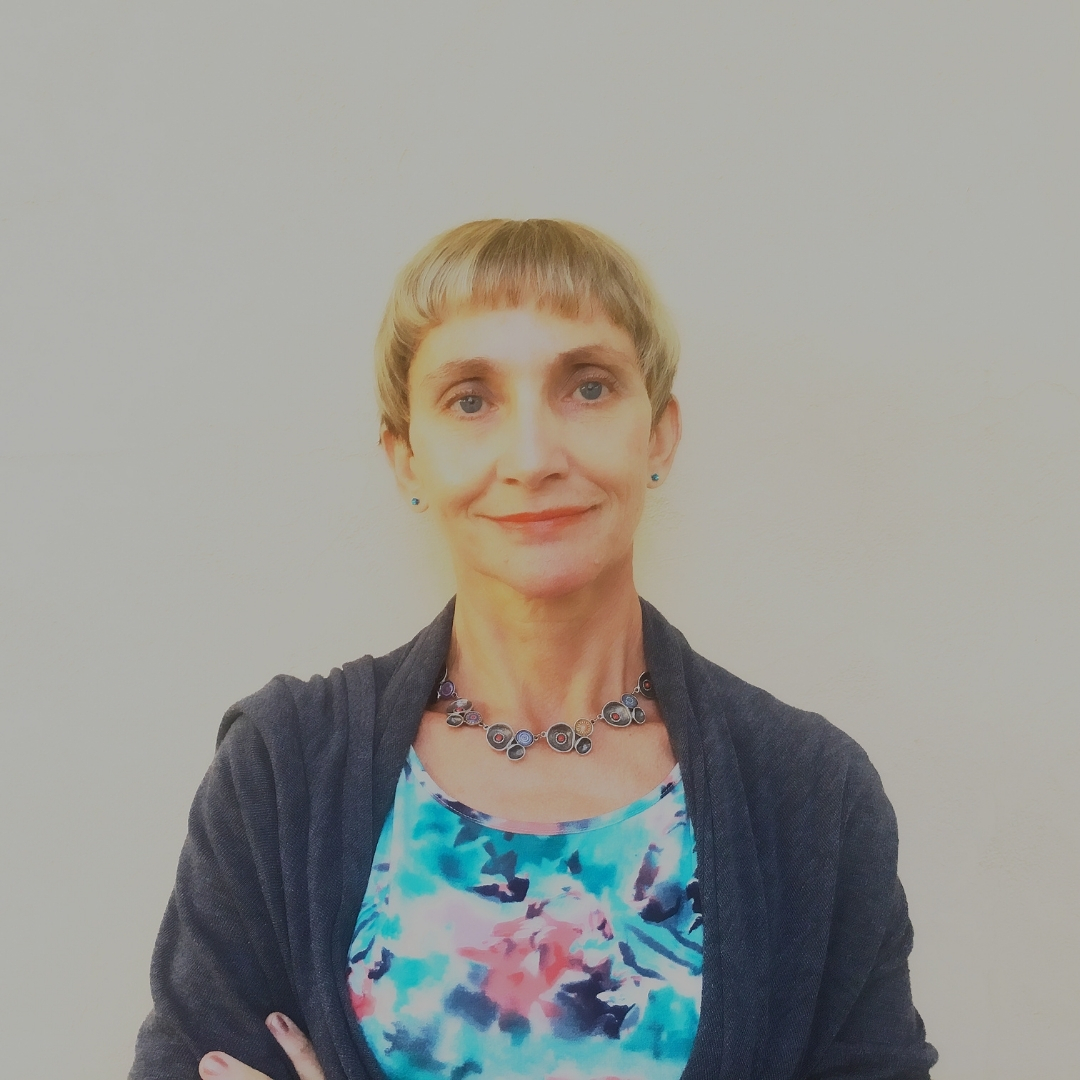 First off, congratulations! We are pleased and honored to have been given the opportunity to read your story, Where the Streets Have no Name. Though we loved several of the other stories, we ultimately decided Streets should win because of its diverse cast, great writing, and original depiction of popular science-fiction ideas, such as living planets, time travel, and massive cliffhangers.

Q: We know your name and we’ve read your story with its short biography, but we’d like to know more about you. Would you care to share with us what makes you you, and what has inspired you to write?

I was born in the country that no longer exists: the USSR. It impacted my experience of other places and other cultures. Since I never felt at home in the country of my birth, I decided I would be a citizen of the world. I lived in Israel, Hong Kong, Italy, and now I make my home in California with my husband. I traveled widely (when we still could travel), and I love discovering new places, new foods, and new people. When you are home nowhere, you are at home everywhere.

Q: Your cast is culturally diverse. You said you have traveled a lot and lived in various places, but have you resided long-term as an expat anywhere? Is your family diverse? Would you care to explain your inspirations, including specific people if you don’t mind, for the characters in your story?

I have been an expat my entire life. Even as a child in the USSR, I never felt I belonged. The list of countries I visited and lived in is long: Israel, Italy, Scandinavia, Hong Kong, the U.S…I found something to like in each country and each culture I encountered. The important thing is to have your heart and your mind open to new experiences. My love for science-fiction stems from this openness to the world and all its wonders and mysteries. My characters in the story do what I love doing: explore. If their exploration ends badly, it is only because they underestimate how truly alien the city of Dis is. Strangeness is to be embraced and understood in its own terms, not to be squeezed into the mold of our preconceptions.

As for my characters: of course, I met people like them. Qingshan, for example, is based on a colleague I had in Hong Kong who was soft-spoken and demure but as sharp as a tack. Jean-Paul is an annoying French professor I had as a grad student. And Ruth, my narrator, is myself, sort of: thrust into the role of a leader and trying to pacify a bunch of unruly and independent colleagues. Any academic who has ever been head of a department knows what I am talking about.

Q: We enjoyed reading Streets because of its themes and characters, but we also greatly enjoyed your prose. How long have you been writing?

I have been writing my entire life. English is not my mother tongue, but I love it with a passion. I am trilingual but I cannot write in either Russian or Hebrew, even though I am fluent in both. It does not feel natural. Most multilingual people will tell you that they have a different persona in every language they speak. My English persona is who I truly am. For a long time, I was writing academically (I have five academic books and a lot of articles to my name), and it is only in the last eight years or so that I started fulfilling the ambition I’ve had since I can remember: to be a writer of science-fiction.

Q: What is your writing routine? Do you have advice for aspiring authors?

I write every day for several hours, especially now when the academic year is over and travel, unfortunately, is not an option. My advice to aspiring writers is the same I give to my students: don’t be afraid. So many things can set you back: fear of failure; lack of faith in yourself; people who tell you “do something practical instead.” Don’t listen. Writing is a craft, and any craft involves learning through failure. But writing is also a pleasure. Don’t let anybody rob you of it.

Q: Who are some authors who shaped your personality, writing style, goals, or themes?

My favorite author of all-time is Charles Dickens, whom I see as a great science-fiction writer. His books are rich, strange, and filled with marvels and monsters. I have written a lot about Dickens in my academic capacity. Another classic I love is Polish science-fiction writer Stanislaw Lem, the author of Solaris, which is probably the best alien-encounter novel of all-time. There are many contemporary writers I like who share some of the characteristics of these two giants: Dickens’s inventiveness and Lem’s intellectual rigor. These are authors like China Miéville, the author of Perdido Street Station, and Jeff Vandermeer, the author of Annihilation. I admire their ability to create totally immersive and yet strange and unsettling worlds.

Q: We received a diverse sampling of literature for this contest, but yours was 100% science-fiction. Did something directly influence this story, or was it a sudden inspiration?

Even though science-fiction is my favorite genre, a lot of what I write is actually dark fantasy or horror. But the idea of the x-web is one I have had for quite some time. It has also inspired a series of flash-fictions I published on Medium. I am planning to expand it into a novel.

Q: What are some of your favorite science-fiction books, stories, or movies?

This would be a very long list, but let’s try. Adam Nevill’s The Ritual, Cixin Liu’s Three-Body Problem, Tim Lebbon’s Coldbrook, and Philip Pullman’s His Dark Materials. I already mentioned Vandermeer’s Annihilation. I didn’t like the movie, though. I don’t like most sci-fi movies because they are superficial and rely too much on the “human element.” Science-fiction is meant to inspire the sense of wonder, not bog you down in the protagonist’s relationship with his girlfriend. I like horror movies, especially East Asian ones like Mimic, because they focus on the weirdness at the heart of what we call reality.

Q: Streets isn’t extremely long, but it’s not short either. How long does it usually take you to write a story of this length and depth?

Maybe a couple of days for the first draft but then I revise each story many times until I am satisfied with it. Sometimes I need to put it aside for a while and come back to it later. This is another piece of advice for any aspiring writer: revisions are your friends. Dickens revised his manuscripts incessantly, even while the first chapters were already published, and he did not have a computer!

Q: Streets ends on a cliffhanger. Do you intend to write a sequel, or maybe a longer novel that picks up at the end of the short story?

Yes to the novel! I have actually started working on the first draft.

Q: Everyone has been dealing with a difficult time this year. Do you have any advice for people struggling to write or be happy during the pandemic? What have you done to continue writing, to continue living well?

“This too shall pass.” Really, it will. I started by saying I was born in a terrible country which my family was fortunate to be able to escape from. And yet, some years later, this country collapsed like a pile of sand. With this history in the background, I am an optimist. The pandemic will be over; science will find a vaccine or a cure. Meanwhile, we may be limited in our physical movements, but the imagination recognizes no boundaries. Reading and writing cannot cure the disease, but they can cure our fear.