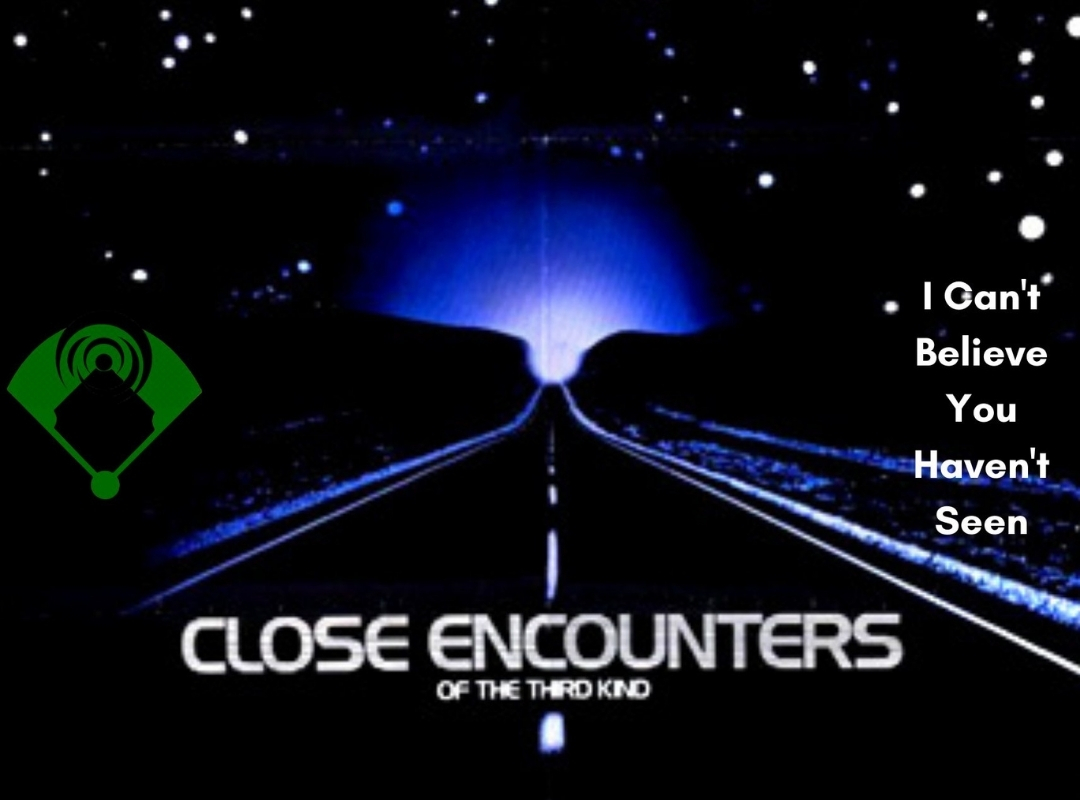 For this edition of “I Can’t Believe You Haven’t Seen”, we take on Steven Spielberg’s science-fiction movie Close Encounters of the Third Kind.  Released in 1977, Close Encounters was nominated for eight Academy Awards and was named 64th best on the American Film Institute’s list of Greatest American Films. How does it stand the test of time? Read on to find out. And don’t forget to check out the series’ previous entry, The Good, The Bad, and The Ugly.

Close Encounters of the Third Kind

This might be the most surprising edition of “I Can’t Believe You Haven’t Seen” yet. A movie buff and science-fiction nerd who has not seen Close Encounters of the Third Kind. You might be saying, “get your shit together, Rob.” And you would be right to question my life choices. I’m working on it. Get off my case. Gee whiz. Now, where was I? Oh yeah, Close Encounters. I found it enjoyable, but not overly so.

The movie Steven Spielberg made after Jaws also stars Richard Dreyfuss, but we get aliens instead of sharks. Win, right? Meh. The problem is that Close Encounters of the Third Kind is slow. The first hour and 45 minutes of the film is almost painfully slow. There is just enough here to keep my interest, and all of it belongs to Richard Dreyfuss. Watching him slowly com apart and descend into manic obsession is a treat. The scene where his character Roy shovels dirt through the window onto his living room floor while his familial relationships crumble around him hits all the right notes. The final 30 minutes approach perfection, but I wanted what we saw in the climax – attempted and successful communication with the ETs – to be more of a focus.

The special effects hold up well, and being one of Spielberg’s early films you can really watch how he is starting to gain mastery over his craft. But part of the problem in watching Close Encounters for the first time over 40 years after its release is that Spielberg continued to improve. I never felt the sense of awe and wonder that I expected. This is a feeling that Spielberg later becomes an expert at evoking but which I felt was lacking here. Definitely worth watching if you haven’t seen it, but there are better examples of alien encounters out there.