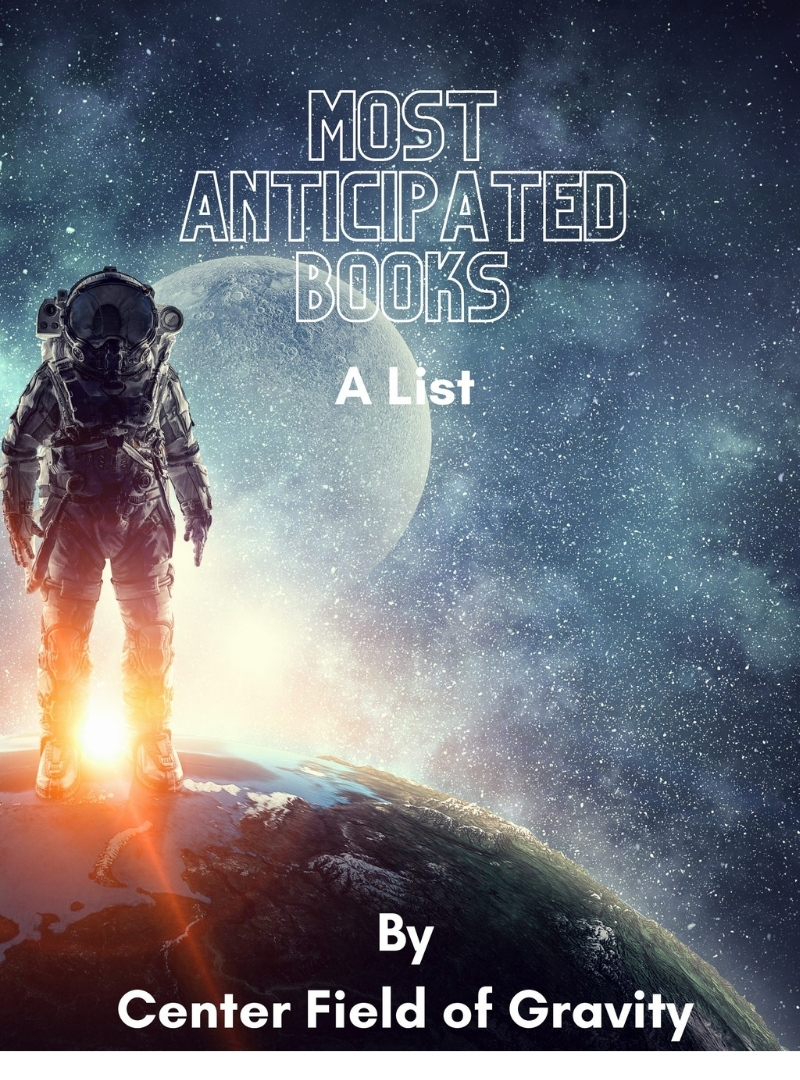 Following the publication of our recent List in Space article, which focused on upcoming movies and television shows, we are now turning our attention to the most exciting recent, upcoming, and long-term book prospects. It’s a mixture of mainstream and niche offerings, but each one will almost certainly live up to its lofty expectations. So if you need some winter reading, or if you’re just looking for the next potential great read, look no further than toward these novels:

We’re starting the list with a recent release, because no science-fiction novel list is complete without a bit of Kim Stanley Robinson. He is one of literature’s greatest modern writers. With a career spanning nearly 50 years, numerous awards, a variety of canonical novels, and a legacy of speaking for both social equality and environmentally-friendly societies, he is also devastatingly underrated. Sure, he is beloved in the science-fiction community, but he deserves wider renown. We hope his new book, The Ministry for the Future, accomplishes this.

The next book in bestselling author Brandon Sanderson’s The Stormlight Archive promises to be every bit as epic as the first three. This is fantasy at its most riveting. Don’t be overwhelmed by the size of these volumes, the books are expertly paced to keep the reader from becoming bogged down. We only wish some other authors were as prolific as Sanderson.

In the span of a few short years, Adrian Tchaikovsky has vaultued up our lists of must-read authors, powered by his incredible imagination. Every new release stays on our radar, and this one is no different. The Expert System’s Champion is the followup to the 2015 novella The Expert System’s Brother, which was a delightful mix of science-fiction and the fantastical.

Klara and the Sun by Kazuo Ishiguro / Release Date: 2 March 2021

Ishiguro is famous for his brevity, but he has pushed that to a new level with only 1 novel over the previous 15 years. The Buried Giant was undeniably great, but we would love to see more. Klara still isn’t the massive tome from Ishiguro we’ve always dreamed of, but at 320 pages it’s actually a fairly long book by his standards. It is sure to be a beautifully composed, wondrous work.

As I’ve mentioned in a previous most anticipated books list, here, Jeff Vandermeer is one of our favorite authors. What I really want to see from him is a a new novel set in his created world of Ambergris. My wish remains unfulfilled, but my excitement is still high for this near-future eco-thriller from the master of the new weird.

Ken Liu recently announced that his submitted manuscript for the third and final book in The Dandelion Dynasty was so long (longer than the first two books combined) that it would need to be split in two. As far as we are concerned here at Center Field of Gravity, the more time we get to spend in the grand world of Dara the better. And the books are scheduled to be released just months apart next year, a very acceptable wait between volumes.

Miéville remains one of the most unique, interesting, and creative writers in the world. Though we would love nothing more than a fourth Bas-Lag book or a new standalone novel, the idea of a nonfiction treatise amazes us. We’d buy and read anything China wants to write, but with Spectre he’s really teasing spectacular directions.

Brown has given us one of the most exciting fantasy worlds in recent years with his Red Rising series. Fast-paced, thrilling, devastatingly sad, and exciting beyond belief, further installments are sure to impress. This book doesn’t yet have a confirmed release date, but with five books and other related material already released in just over half a decade, and with youth on his side, he seems destined to avoid the pitfalls which have befallen Martin and Rothfuss. We believe we’ll see this released sometime in 2022.

Black Leopard, Red Wolf was the first volume of James’s planned trilogy, and it was also one of the strangest, most unique, brilliant fantasy novels we’ve ever read. Oozing with multicultural themes, action, mystery, and violence, it was a mind-blowing exploration into realms that no living writer except James can transport us to. Black Leopard was so unusual, so wild, so special that we can’t imagine further installments improving upon it, but he’s promised and we believe him.

The Doors of Stone by Patrick Rothfuss / Release Date: Unknown

Patrick Rothfuss is a perfectionist. This is part of the reason why his first two books were so great. It is also part of the reason why it is taking so long for him to finish the third (nine years and counting since the release of The Wise Man’s Fear). I empathize with him, but the lack of updates does not make the wait any easier. The Kingkiller Chronicle world is intricately detailed, and Rothfuss’s prose is lyrical and poetic. Expect more of the same in The Doors of Stone – just don’t expect it anytime soon.